Another post in my ‘Connecticut Roadside History’ series. A friend and I were cycling around the hills of Connecticut’s northwest corner today and we came across this tree. The sign reads ‘Centennial Tree planted 1876’ Falls Village-Canaan Historical Society. The 142 year old tree looked good for its age. While I know there were Centennial Trees planted throughout the state, and also in many towns individually, to commemorate our nations 100th birthday, I can’t say with certainty the history behind this specific tree. If I recall correctly, it is located on Music Mountain Road. Stay tuned for updates. 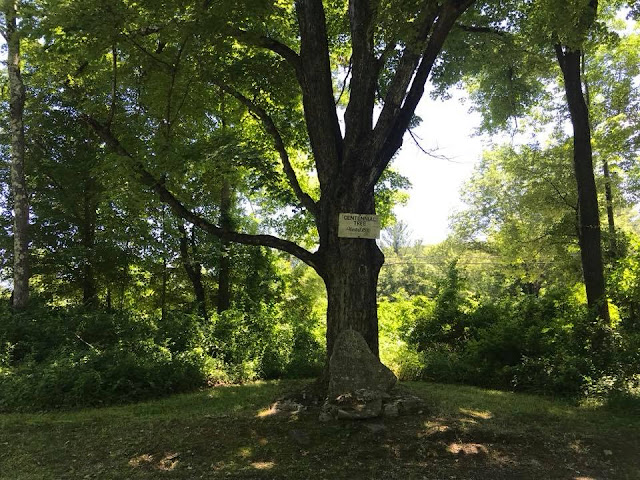 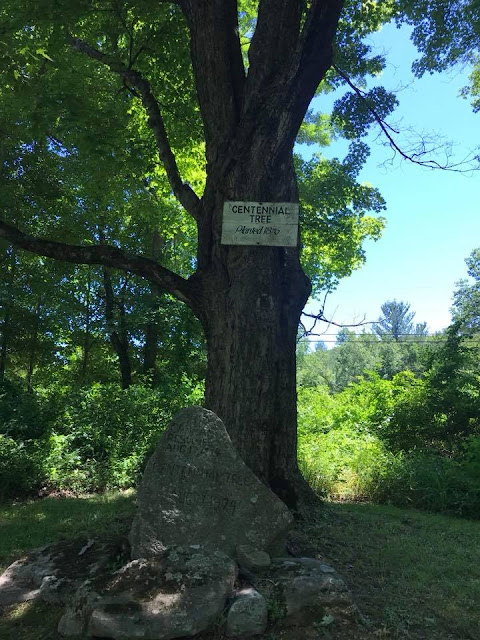 4th of July Ceremonies in Litchfield

Whether you live in Connecticut or are just planning a future trip to the Nutmeg State, there are two very special days each year when you should really consider visiting the Town of Litchfield, located in Litchfield County (often referred to as the Litchfield Hills or the Northwest Corner). One of those days is a certain Sunday in early to mid June for the popular Litchfield Hills Road Race, the other is for the annual celebration of American independence, held on the 4th of July.

On both occasions, you will get to see and hear the First Litchfield Artillery Regiment in action. This group of dedicated volunteer reenactors will captivate the crowd as they fire their historic canons once for each of the thirteen original colonies. This event draws a large crowd on the Litchfield Town Green and is the second portion of a celebration which begins two hours earlier in nearby East Cemetery at the grave marker of Oliver Wolcott (1726 - 1797), signer of the Declaration of Independence and once Governor of Connecticut.

The photographs below capture the flash of the explosion coming from the front and top of the canon, as well as the smoke that follows. Even when you anticipate the loud sound, it still startles you. 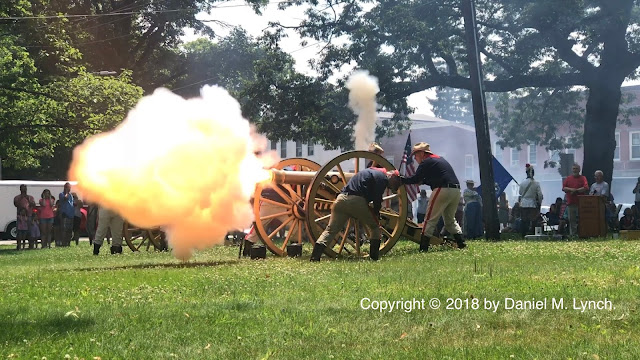 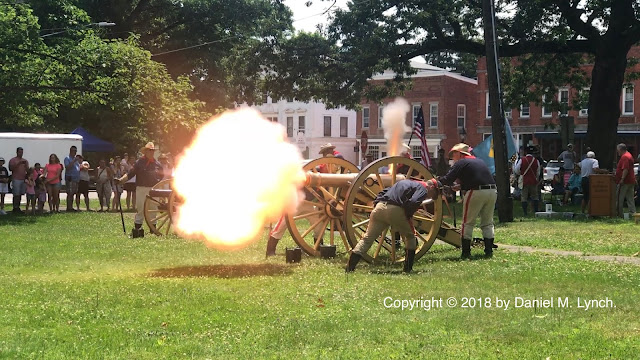 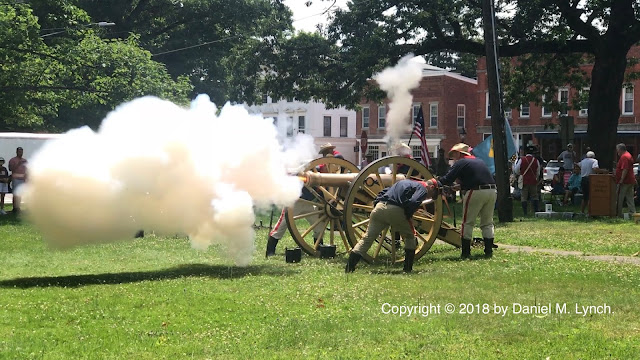 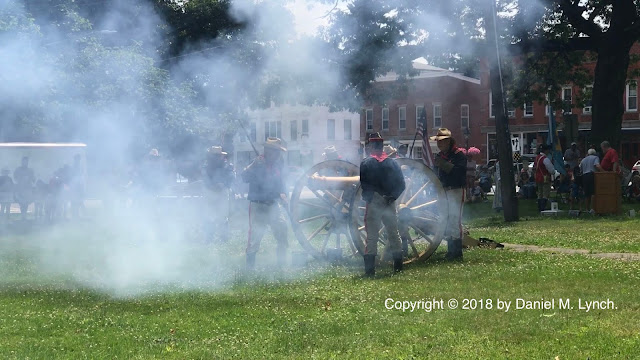